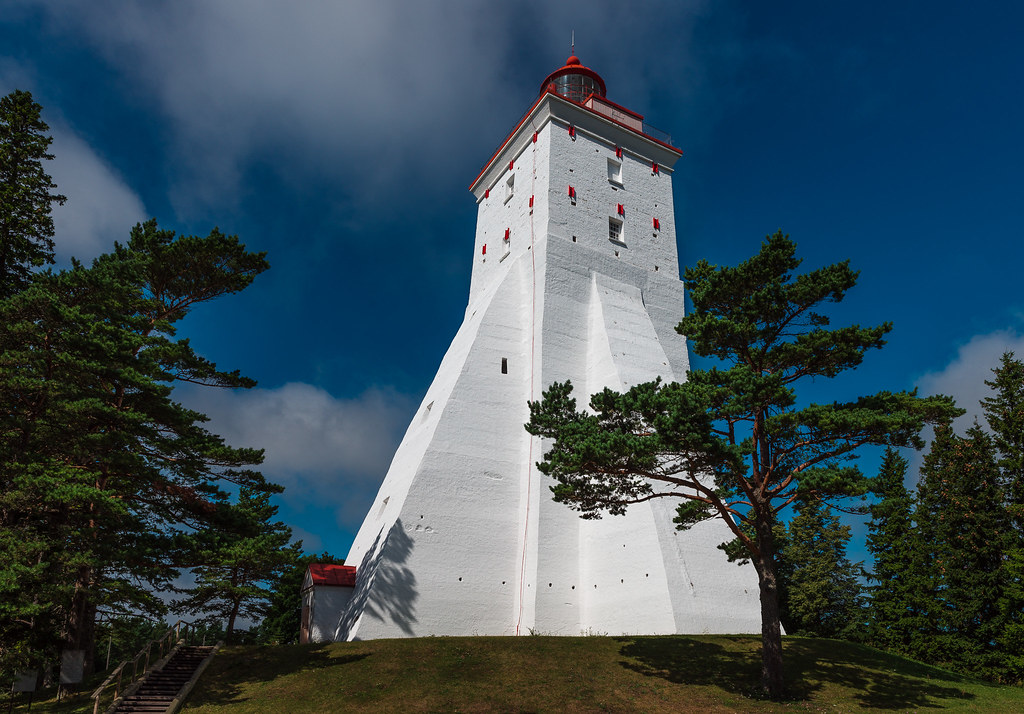 The history of the oldest lighthouse not only in Estonia, but anywhere in the Baltic States and indeed on the Baltic Sea, stretches back 500 years, when landmarks were needed to guide ships in the Hanseatic League. The most important east-west trade route in Northern Europe passed the island of Hiiumaa and merchants complained of ships being lost on the Baltic Sea.  This led to the construction of the lighthouse at Kõpu to warn ships of the low waters off the island.
The lighthouse was built at 67 metres above sea level at the highest point on Hiiumaa. It stands 36 metres above the ground, meaning its light shines out at 102.6 meters above sea level. No other lighthouses by the Baltic Sea are as high.