150 Years of the National Reading Society in Kranj (Slovenia) 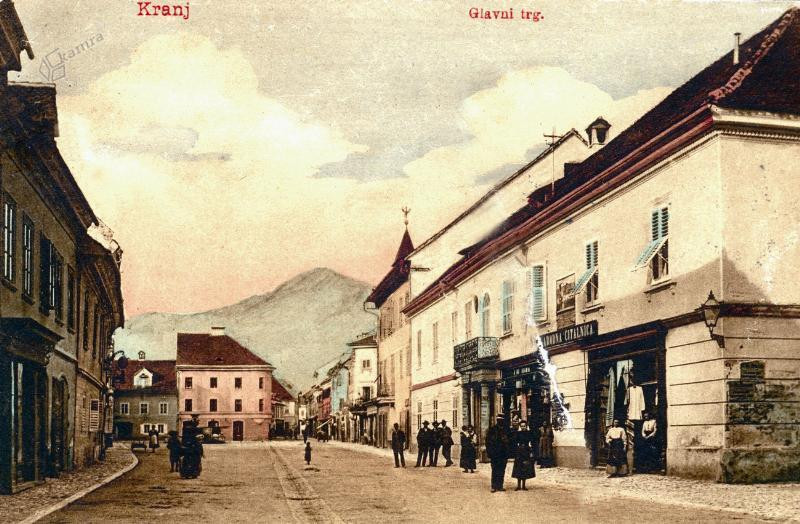 The Reading society in Kranj was the town’s central cultural institution in the second part of the 19th  century till beginning of world war II. It incorporated a library, theatre, a choir, music band and a gallery, organized ceremonies and erected memorials. On many occasions it was also politically active and always based on national awakening. The reading society laid foundations for subsequent creation of town’s cultural institutions: Music school, Theater, Museum and Library.

The citizens of Kranj established their reading society on January 29, 1863 at the general assembly in the premises of Hotel Stara Pošta.

In today’s Slovenia, after 1848, when the Austrian absolutist government took power, people no longer dared to discuss political issues. Slovene language was also not allowed to be used in public places. Only a few educated people and priests did not stop encouraging people to speak and learn Slovene.

The predecessor of the Kranj Reading society was the cultural-educational society Kazina, operating in Kranj since 1846. Originally it was Slovenian, but became especially after 1848 the central society of Germans and German-oriented citizens. The reading room was therefore Slovenian response to this situation.

In the middle of the 19th century, a new, young, nationally conscious generation grew up in Kranj, led by important citizen Matej Pirc. They still remembered the great Slovenian poet dr. France Prešeren, who had lived in Kranj a few years before, the poet, who wrote and acted in favor of Slovenehood and Slovene language. After 1861, national and political life among Slovenes came to life. For the first time since 1848 the Slovenes elected representatives to the provincial and national assemblies, but the German representatives won for the most part. In the second elections, in 1867, the Slovenes won a majority in the Carniola Provincial Assembly. In Slovene cities intellectuals began to establish reading societies. With them, the circle of Slovene-oriented bourgeoisie expanded rapidly. With this movement in the years 1868–1870, the Slovenes emphasized the demands for the United Slovenia program.

The reading society hosted events in Slovene language with singing, instrumental music, drama and theater scenes and various lectures. Usually they were followed by a dance party. Members of reading societies also visited each other and spread Slovenian national consciousness through events. Between 1863 and 1941, they organized numerous events that enriched the cultural image of the city. They nurtured the memory of many important Slovenes, especially literary ones. Various lectures were organized, presenting various topics to the public, such as chapters from Slovenian and world history.

One of the sections of the National reading society was the library, which had been operating since 1863. Her beginnings were modest. At the beginning there were only 70 books available for the members and the society was subscribed to 14 newspapers (six Slovenian, seven Austrian-German and one Croatian). This number grew until 1907, when 34 newspapers were there to read, and before the First World War it amounted to 32 political, literary, scientific and entertainment journals in Slovene, German, Croatian, Czech and Russian. Just before World War II, the library contained 9.119 units of material. Some books are now kept by her successor, the Kranj City Library. In 1907, the society library was transformed into a public library, accessible to all locals. The money for the operation of the library was contributed by the city council and the credit society. The books were donated by many Kranj citizens.

In the first post-war years (World war I) the Reading society began to decline, more and more sharply around 1930, due to the global economic depression. With the onset of World War II in 1941 and the arrival of the German occupier in Kranj the Society finally ceased to operate.

Original source of this story can be found here.