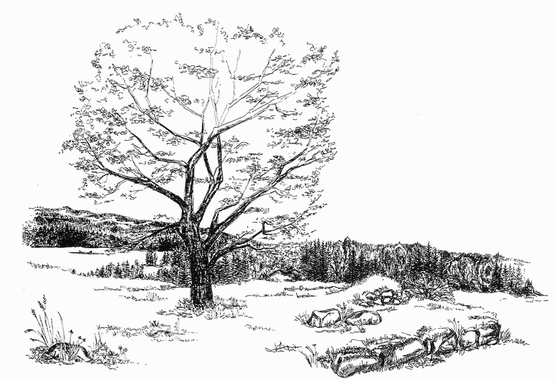 This is the story of Ulrica Stålhammar. Ulricas father inherited the land Stensjö Säteri from
his father. The Stålhammar family lived a life on the farm. Ulrica had many brothers and
sisters, one after the other they left the farm as they got married. Therefore she was left on the
farm with her father. The family was poor, so after the death of her father (year 1711) the
farm was taken away. Ulrica had to leave, but were would she go? She didn’t want to marry
and live a family life as a wife. She had always liked to go horse riding and hunt. When
growing up she was told it was a pity she wasn’t born a man.

At the age of 25 (year 1713) Ulrica started her new journey in search of happiness and
adventure. She had it all prepared, she was to travel to the capital Stockholm disguised as a
man. Until this day it is not known why she presented herself as a man and enlisted to the
army. Ulrica Stålhammar took the name of Wilhelm Edstedt, for eleven years she served in
the army as a man. A year after she enlisted she married a maid named Maria Lönman. The
bride had no idea she married a woman. A trial took place when the truth was discovered. For
a year Maria thought her husband was a man, years later the story was told.

Ulrica was never discovered as an imposter by the army, she was dismissed after her own
wishes. After she left the army she contacted her relatives. A woman named Sofia decided to
help Ulrica become her old self Ulrica Eleonora.

But Ulrica couldn’t run from her fate, after years of disguising herself as a man her past was
discovered. An investigation took place in the year of 1729. The court found the case difficult
to judge. The case was handed between courts hence this fact. In this time period the Bible
was used as the book of law. It was a struggle to find Ulrica’s actions a crime but the court
has interpreted the texts to its favour and sentenced Ulrica to 14 days of imprisonment.