Postcards with the views of Vilnius (Lithuania) 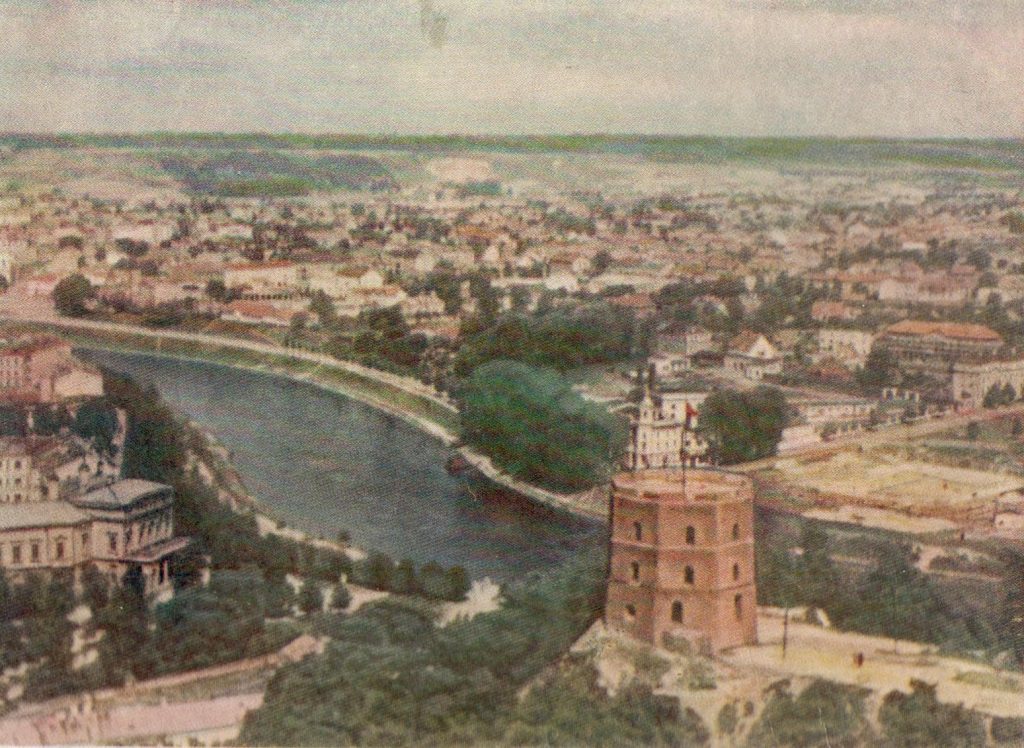 Only a small part of the cards, specifically those concerning the region of Vilnius, from a large album by Stepas Kupčiūnas (1913-1978) are shown. The niece of Kupčiūnas – Rūta Verkauskaitė has kindly given the permission to use the album. This is what she spoke about her uncle and his collection:

My uncle, brother of my mother, Stepas Kupčiūnas, collected these cards. He was the oldest son of the Kupčiūnai family. Parents sent him to school, he finished the gymnasium at Gelvonai and was called to serve in the Lithuanian military. He enjoyed his time at the military a great deal, so after he finished his mandatory service, he remained in the force and became an officer. He was a very handsome young man, proud and loved by the ladies. He would never go to village parties and the neighbors would always say: “Oh my, the beautiful Jasiaus’ Stepas is coming back: his face so nicely flushed and plump”… (back in the day one of the “beauty standards” was a person’s weight – if they were chubby, they were considered pretty, and “strošnas” (quite ugly) if skinny.

Upon the soviet occupation of Lithuania, Lithuanian soldiers were taken as prisoners by the occupiers, but my uncle managed to escape with some friends who had shared his fate. One night Stepas with his wife Stasė knocked on the door of his sisters’, my mothers’ (Genovaitė Verkauskienė), home in Pasadnykai village (Širvintų region). He lived in Pasadnykai for four years while hiding from NKVD persecution and later moved to Vilnius. Up until his retirement he worked in the Academic Drama Theater of Vilnius as an accountant. He possessed an incredible handwriting and had the soul of an artist. He died in 1978 and was buried in Vilnius, at cemetery of Rokantiškės.

My aunt gave me this album after his death as a memory of uncle’s hobbies. I cannot say when he started collecting the cards, how long he did it for or when would he get them – for I do not know this.”